Pioneering LGBTQ advocates to be recognised at 2019 Honour Awards 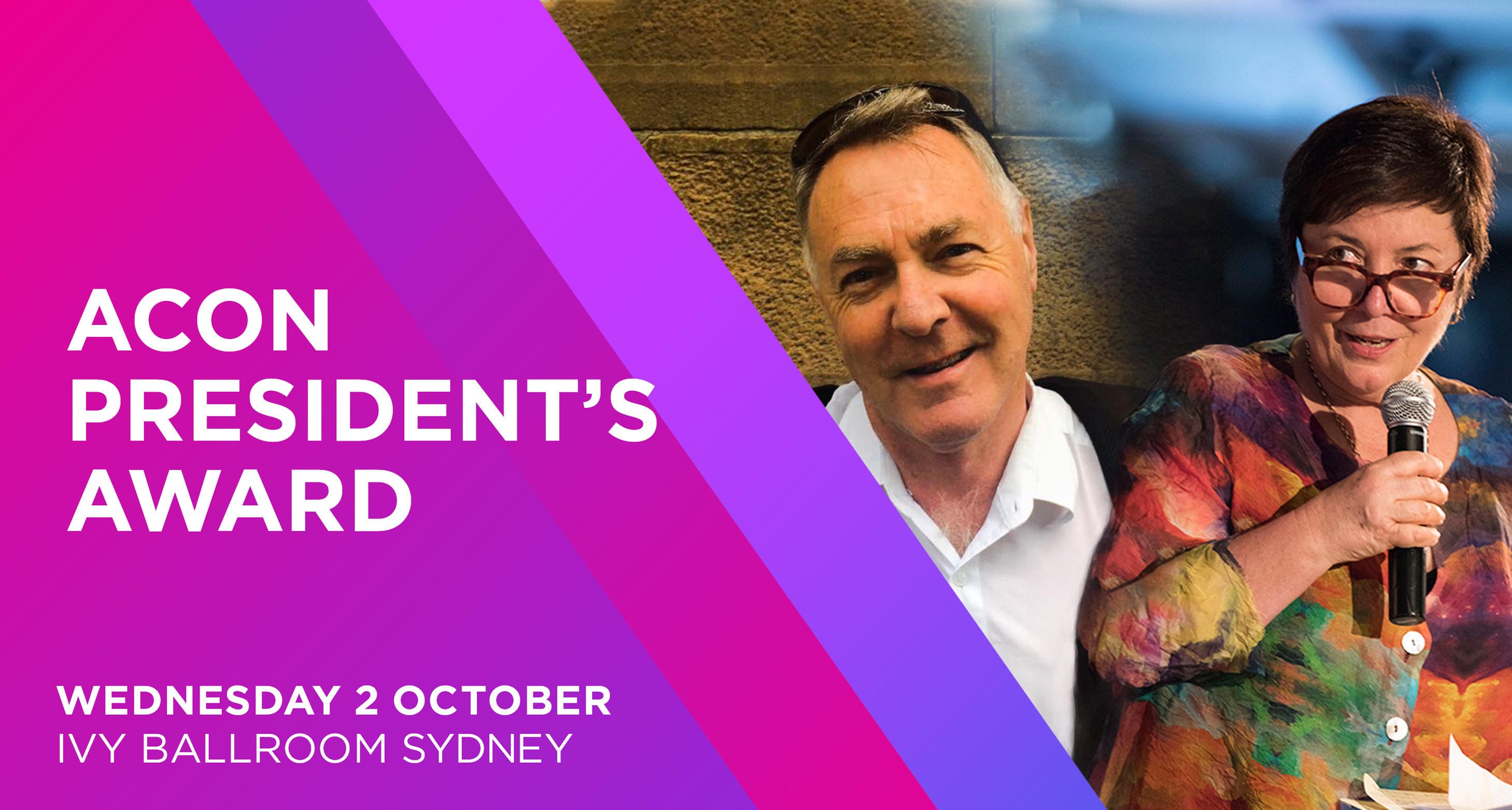 The pioneering work of LGBTQ rights advocates Julie McCrossin AM and Robert French will be recognised with a special accolade at the 2019 Honour Awards.

Now in its 13th year, the Honour Awards is an annual event which celebrates outstanding service to, and achievements within, NSW’s LGBTIQ community. To be held on Wednesday 2 October at the Ivy Ballroom in Sydney, the Awards is also a gala fundraising event for ACON, NSW’s leading HIV and sexuality and gender diverse health organisation.

For their long-standing contributions and advocacy for the rights, health and visibility of sexuality and diverse people in NSW, broadcaster Julie McCrossin AM and community historian and activist Robert French have been chosen as the recipients of the ACON President’s Award.

McCrossin started her LGBTQ activism in 1974 when she joined the Sydney University Gay Liberation society, later becoming involved in the first Mardi Gras protest outside the former Darlinghurst Police Station in 1978. First speaking out in favour of marriage equality in 1999, McCrossin was a vocal proponent of equal marriage rights during the 2017 postal survey.

After overcoming a throat cancer diagnosis in 2013, McCrossin also began to advocate around greater research and support for people battling cancer, and became an ambassador for three cancer charities. In 2019, Julie was made a Member of the Order of Australia for significant service to the community, particularly through LGBTQ advocacy roles and to the broadcast media.

French has been involved in LGBTQ activism since the early 1970s. In the wake of the first Mardi Gras protest in 1978, he attended the follow up demonstration at Darlinghurst Police Station a few weeks after. It is these events that had him turn his energies to political activism. Later, he was a co-convenor of the Gay Rights Lobby, and subsequently chaired the meeting which established the NSW Gay and Lesbian Rights Lobby.

In 1986-87, French was the Vice President of ACON, and then took up the position of Chair of the Board of Directors of the Sydney Star Observer. Although largely stepping away from activist politics in 1990, French remained active through his work in keeping the history of the LGBTQ community alive, and also in various roles with Sydney’s Pride History Group.

Dr Koonin says the efforts of McCrossin and French in advocating for LGBTQ communities make them worthy recipients of the special community service award.

“Their contributions to our community have been remarkable and it’s extremely important that our communities acknowledge their collective achievements over almost five decades of work,” Dr Koonin said. “The fact that our communities have been able to achieve as much as we have towards equality and rights not only in NSW, but nationally, is testament to the tireless behind-the-scenes work, devotion and passion people like Julie and Robert have displayed in improving the lives of LGBTQ people.

“Julie and Robert were amongst some of the first pioneers for lesbian and gay rights in Australia and ACON is proud to be acknowledging their enormous contributions to our communities.”

In accepting the award, McCrossin reflected on the impact HIV/AIDS had on the community: “It brings me great joy to receive this recognition from ACON which is the beating heart of our rainbow community. As a lesbian activist since 1974, I personally witnessed the trauma of HIV/AIDS and the world-leading public health activism and compassion that gave birth to ACON.”

“ACON has saved countless lives with its HIV prevention work and supports our whole LGBTI community to be as healthy as possible. ACON’s creative support for older members of our community has touched me personally and helps me to face my own ageing with optimism. Thank you for this award!”

French expressed his surprise at the honour and shared his award with the many other trailblazers in the community.

“While I am flattered to be honoured personally by ACON, I am also a little embarrassed,” French said. “After all, I am not the only one who played a significant role in making gains for our community. I see this award really as a recognition and affirmation of the vital pioneering work of the first Gay Liberation generation.

The ACON President’s Award is bestowed to an individual, group or organisation whose community service has made a significant impact to the lives of people in LGBTIQ communities in NSW. Previous recipients include one of Australia’s first gay political organisations, CAMP INC, HIV pioneers Professor David Cooper AC, Bill Bowtell AO, Bill Whittaker AM and Levinia Crooks AM, the NSW Parliamentary LGBTI Cross Party Working Group, and the staff and patients of St Vincent’s Hospital’s Ward 17 South.

Attendees of the 2019 Honour Awards will join key figures within the media, entertainment, community, government and other sectors, and over 350 guests at the inspirational awards ceremony and fabulous cocktail party.