Congratulations to the 2019 Honour Awards Recipients 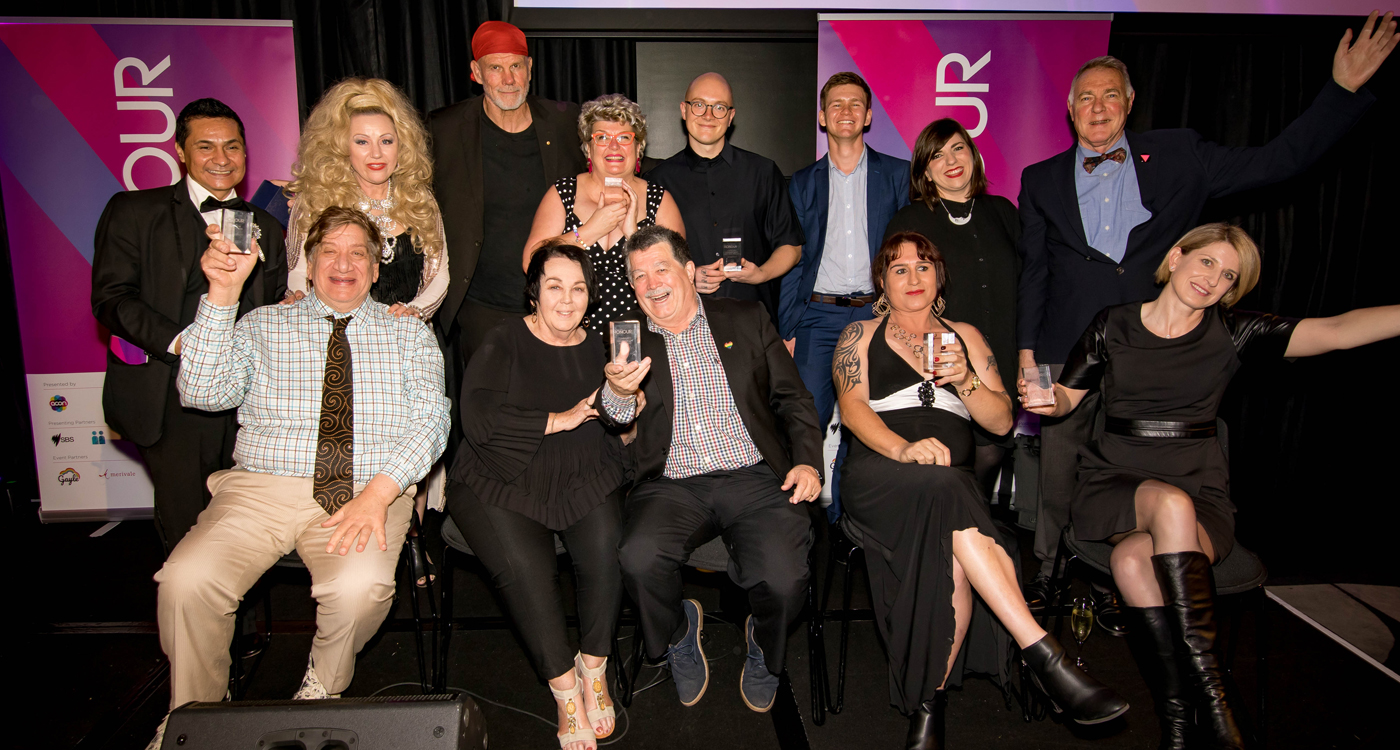 Unsung heroes, community champions, organisations and long-standing allies of sexuality and gender diverse people dedicated to fighting for LGBTIQ rights and equality, were among a diverse mix of people and groups recognised at the 2019 Honour Awards.

Julie McCrossin AM and Robert French: For their outstanding and decades-long dedication to fighting and advocating for LGBTIQ equality. McCrossin, who is a broadcaster, journalist and comedian, along with community historian Robert French – both who are 78ers – played instrumental roles in raising the visibility of LGBTIQ people in NSW, advocating for their rights, and supporting the health and wellbeing of the community.

Lizzie Griggs: Lizzie has worked in the HIV/Sexual Health sector for 34 years. In 1985 Lizzie pioneered the world’s first nurse led HIV/AIDS Outreach service for male and transgender sex workers from the Albion Street Centre and moved this service to Kirketon Road in 1990. Lizzie worked at the MOH for 13 years as HIV/AIDS Surveillance Officer, finding over $20,000,000 in funding for HIV/AIDS services in NSW. Currently a CNS at RPA SHC, Lizzie set up a[TEST] Newtown with ACON in 2013 and provides ongoing support for the wider LGBTI community.

Samuel Leighton-Dore: A multidisciplinary artist and writer based on the Gold Coast, Samuel has a keen interest in mental health and masculinity, which is reflected in his work spanning ceramics, LED neon, illustration, animation, writing and painting.