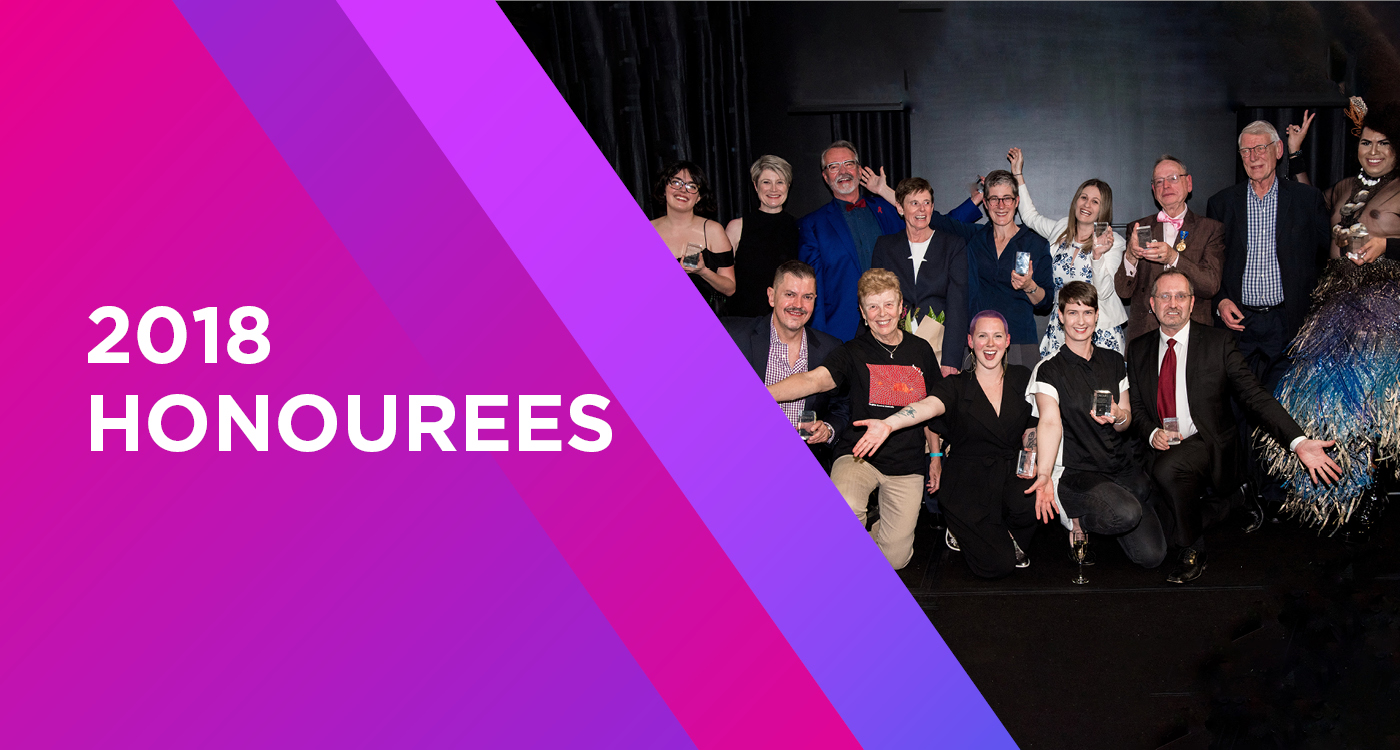 Congratulations to all the 2018 Honour Awards recipients

Community organisations dedicated to supporting the most vulnerable members of the LGBTI community were among a diverse mix of community members and groups honoured for their work in support of LGBTI communities at the Honour Awards in Sydney on 3 October 2018. Hundreds of people and organisations from across NSW and Australia came together to celebrate the achievements of equality champions and unsung heroes, as well as the strength and resilience of the LGBTI community. The winners were selected from a diverse field of over 230 nominations and 28 finalists, and their awards were presented at a ceremony at the Ivy Ballroom.

GALLERY: See all the glitz and glamour at the 2018 Honour Awards here

For her unwavering commitment to the LGBTI community spanning over four decades. Over the years, Robyn has advocated for LGBTI rights through various roles with groups such as CAMP Inc, Gay Solidarity, Gay Task Force, First Mardi Gras Inc, and Sydney Gay and Lesbian Mardi Gras. 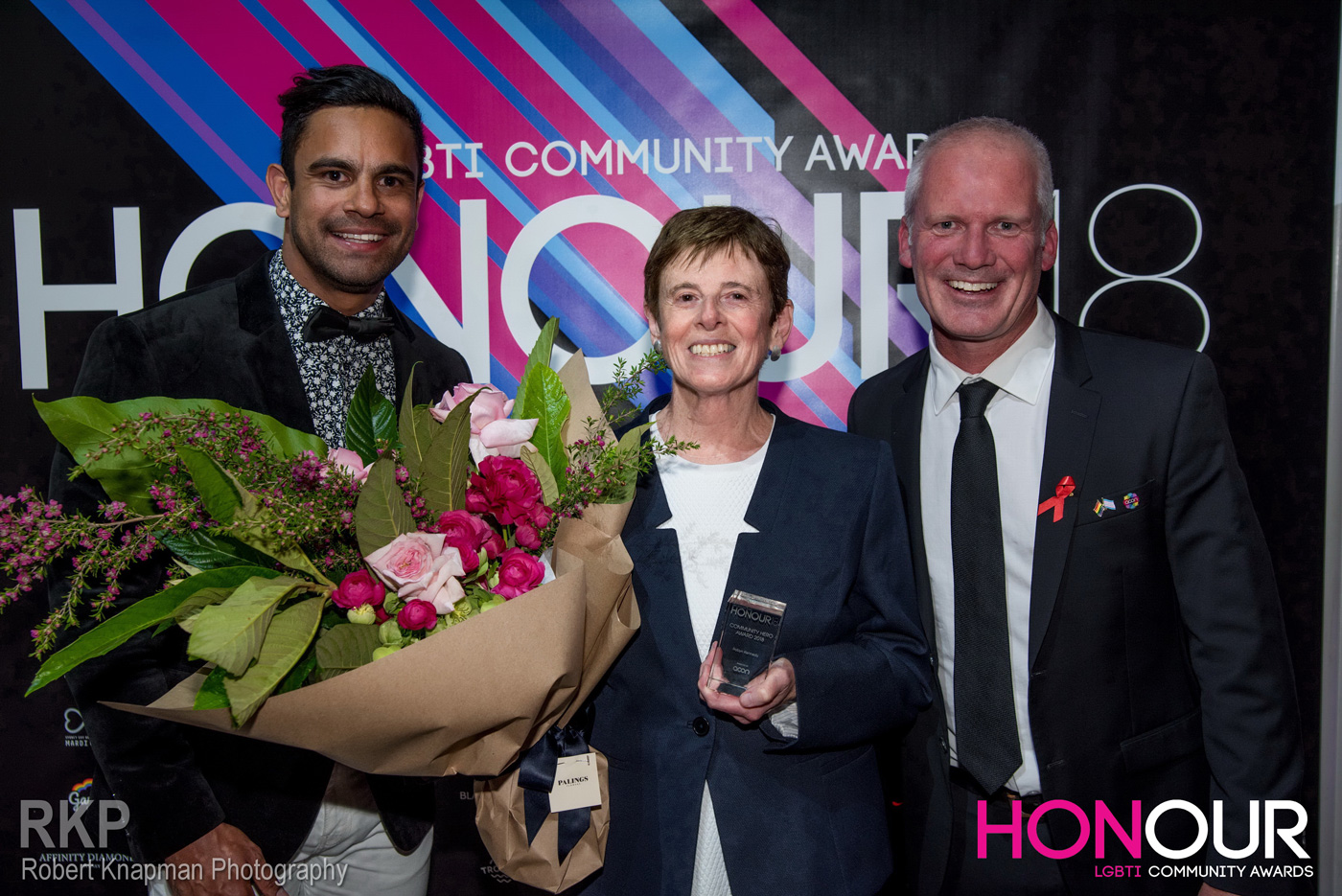 For being an inspirational role model and spokesperson for LGBTIQ Pacific Islander youth through his work in fashion design in Fiji and Australia. 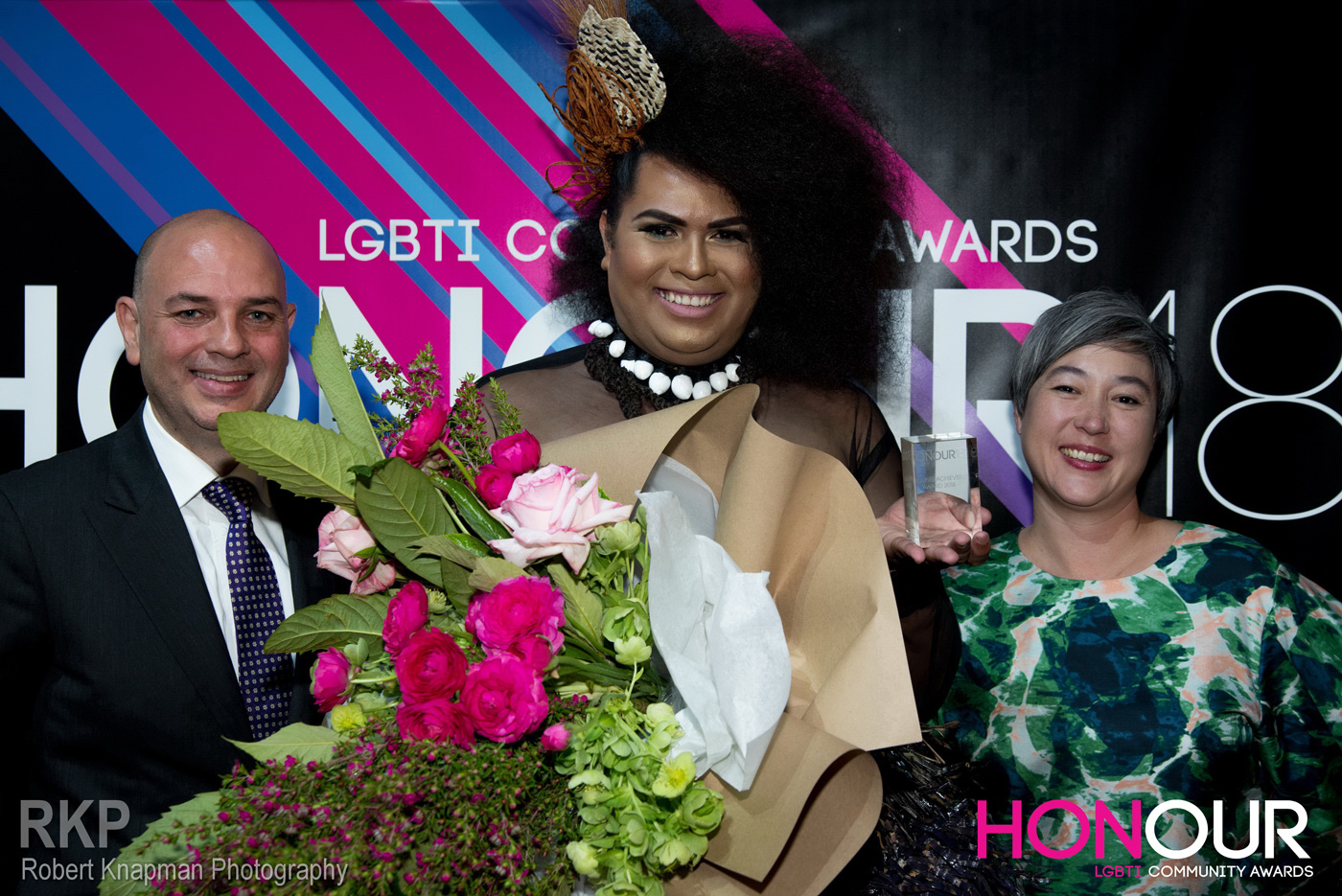 The Equality Campaign: Recognising the joint effort of Australian Marriage Equality and Australians for Equality in leading the national push that led to marriage equality in Australia. 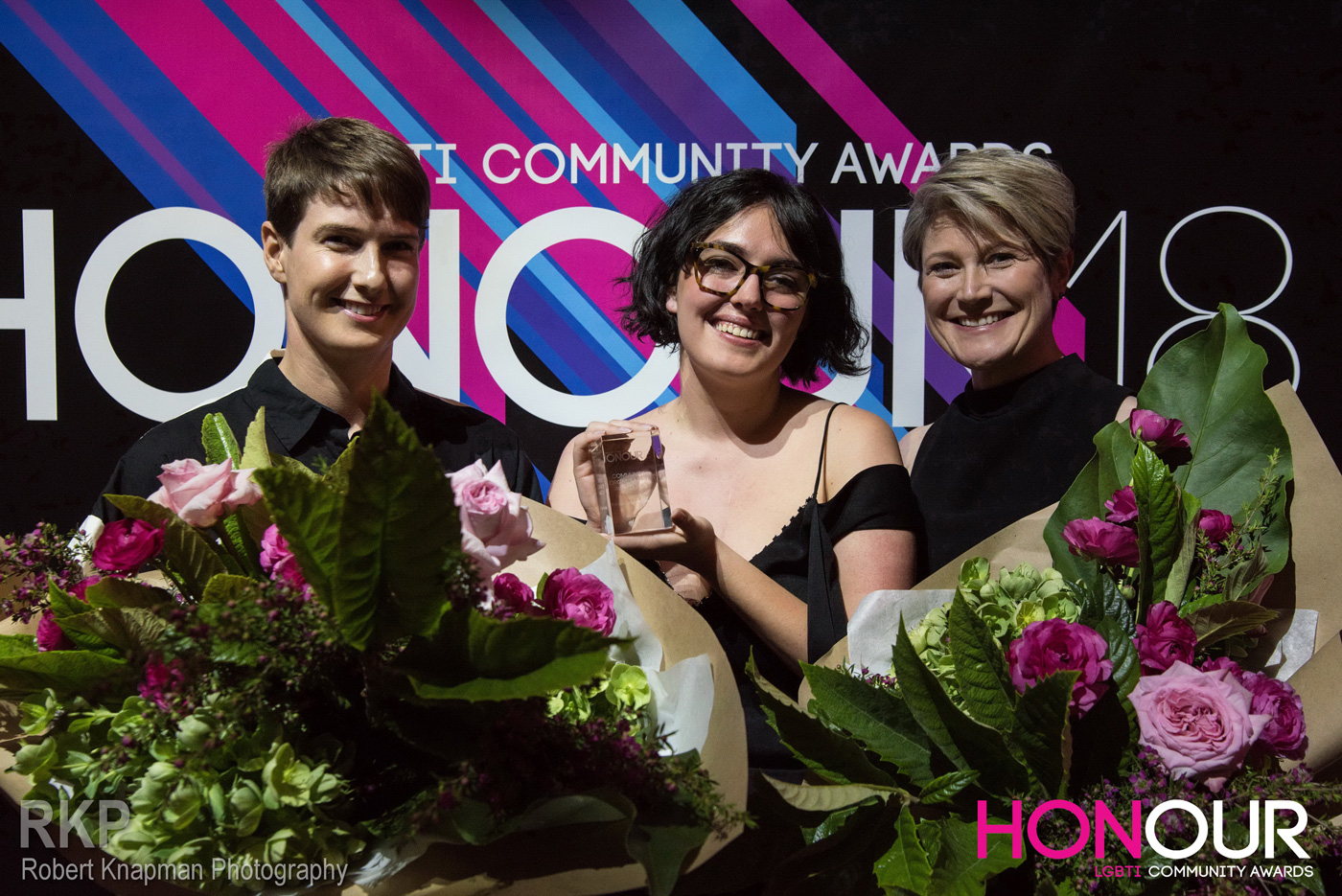 For over 20 years of providing healthcare to the LGBTI community in her role as a local GP, and for her strong advocacy for LGBTI health through her involvement with various health advisory boards and committees. 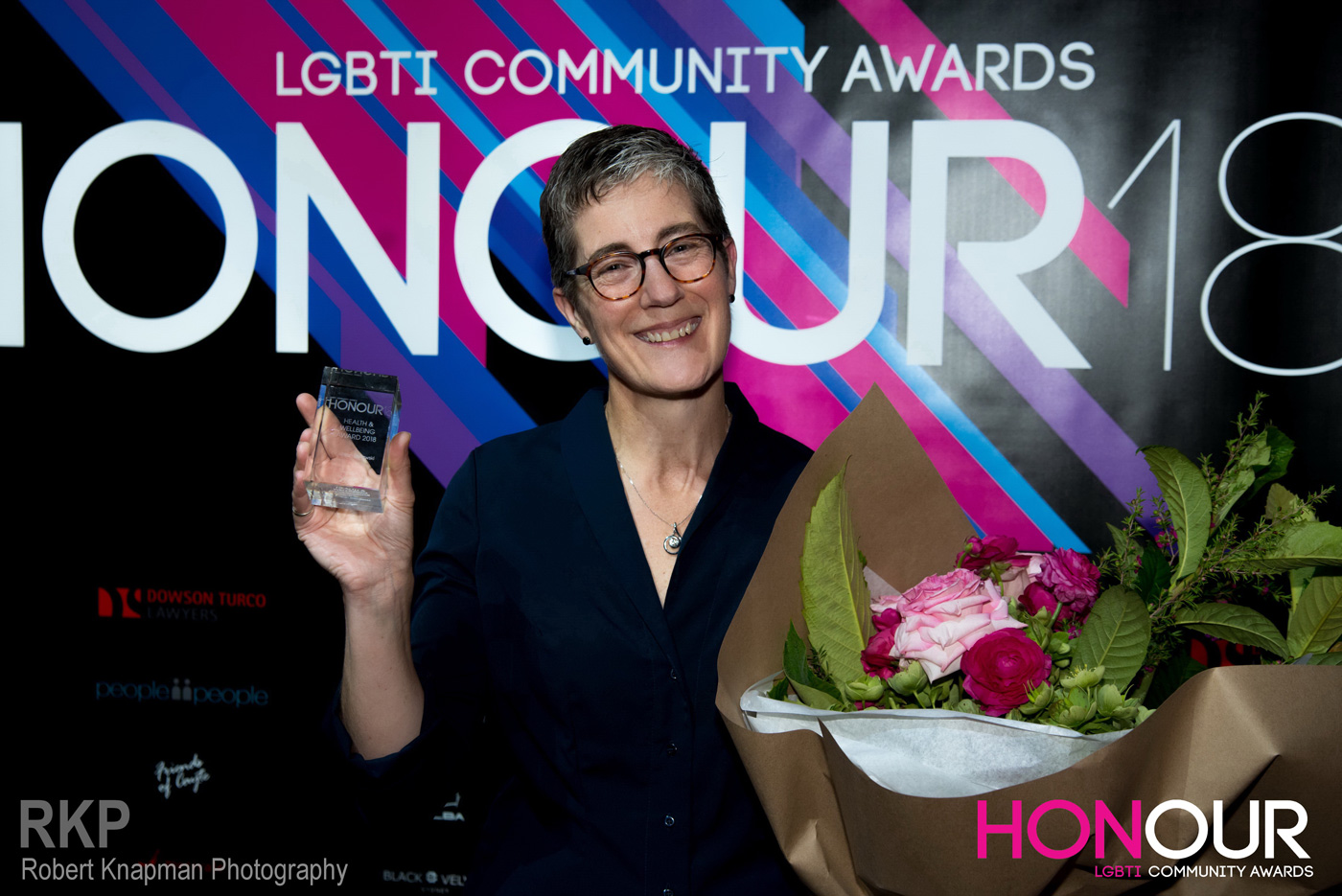 For three decades of providing service and care to people living with HIV, including a long-running role as a registered nurse at Ward 17 South at St Vincent’s Hospital. Now at Positive Life NSW, David continues to work tirelessly to improve the health and wellbeing of people living with HIV. 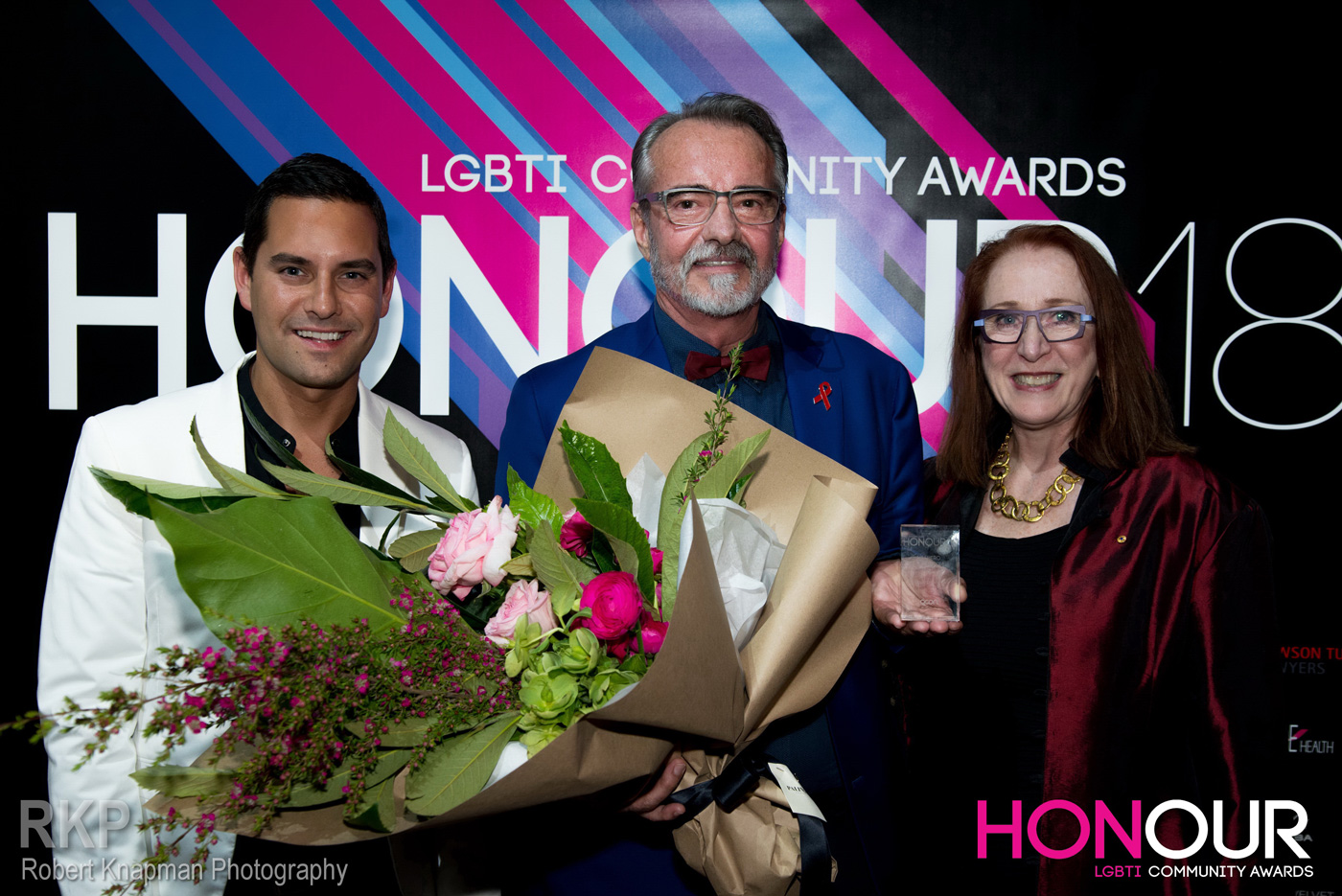 For delivering over 30 years of entertainment as ‘Bob Downe’ – one of Australia’s most iconic showbiz characters. Throughout this time, Mark/Bob has lent his name to various causes, giving generously to countless charities and organisations. 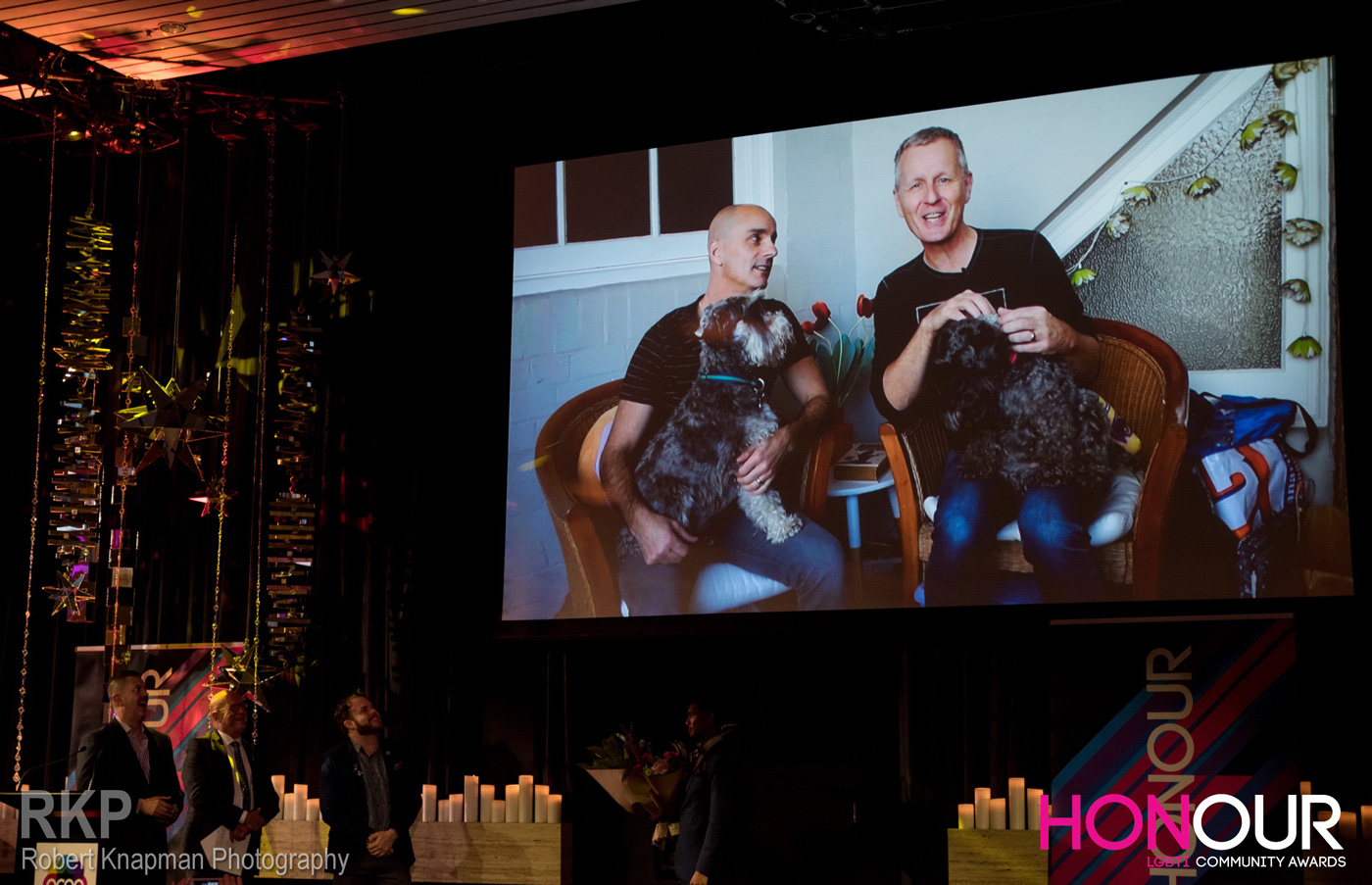 For its long-running retailing business catering to Sydney’s leather and fetish community, which has been operating for nearly two decades. Over the years, the Oxford Street store has supported a broad range of LGBTI causes and organisations through sponsorships and direct donations. 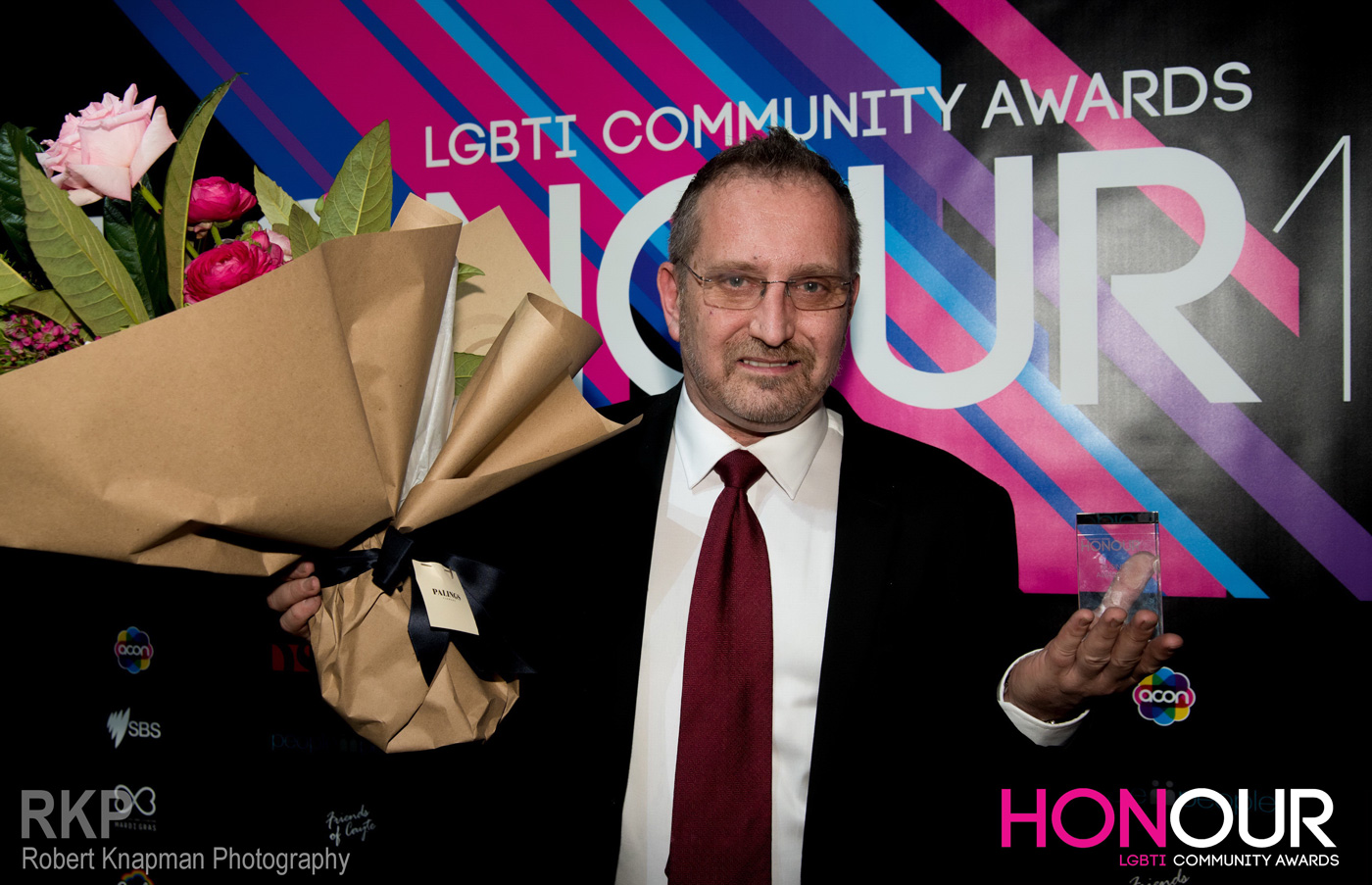 Born in America, Sydney-based Kim Leutwyler works in a variety of media including painting, installation, ceramics, print and drawing. Her current work takes its forms in paintings dealing with images of beauty, gender and queer-identity, and her art has been exhibited in multiple galleries and museums throughout Australia and the United States. 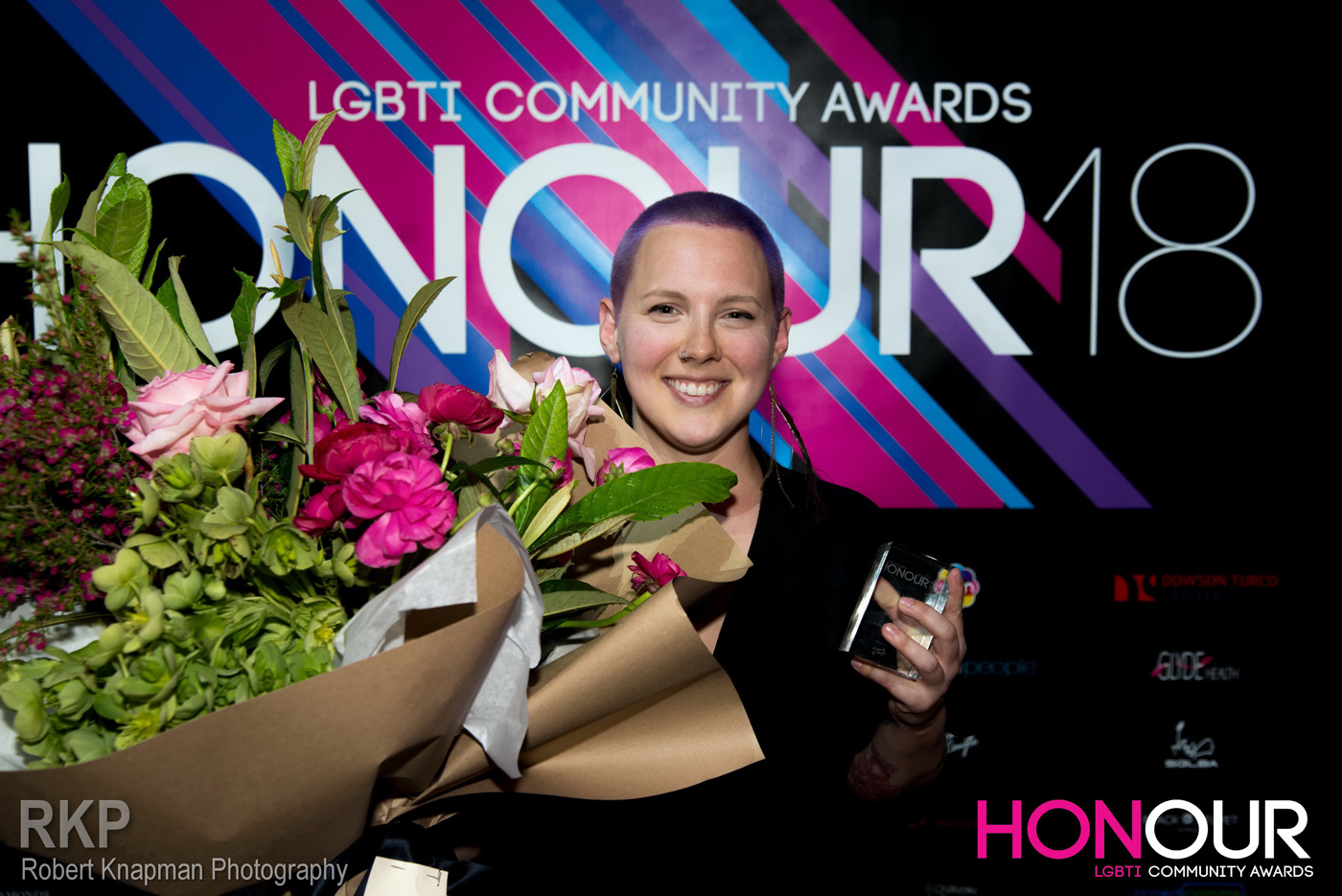 For her extensive body of work in the media that has drawn attention to LGBTIQ issues. One of Australia’s leading LGBTIQ historians, Shirleene has written a wide range of piece exploring topics such as the gay panic defence, marriage equality, the HIV/AIDS epidemic and LGBTI personnel in the military. Shirleene has also published a range of books, having co-authored several titles that explores LGBTI history. 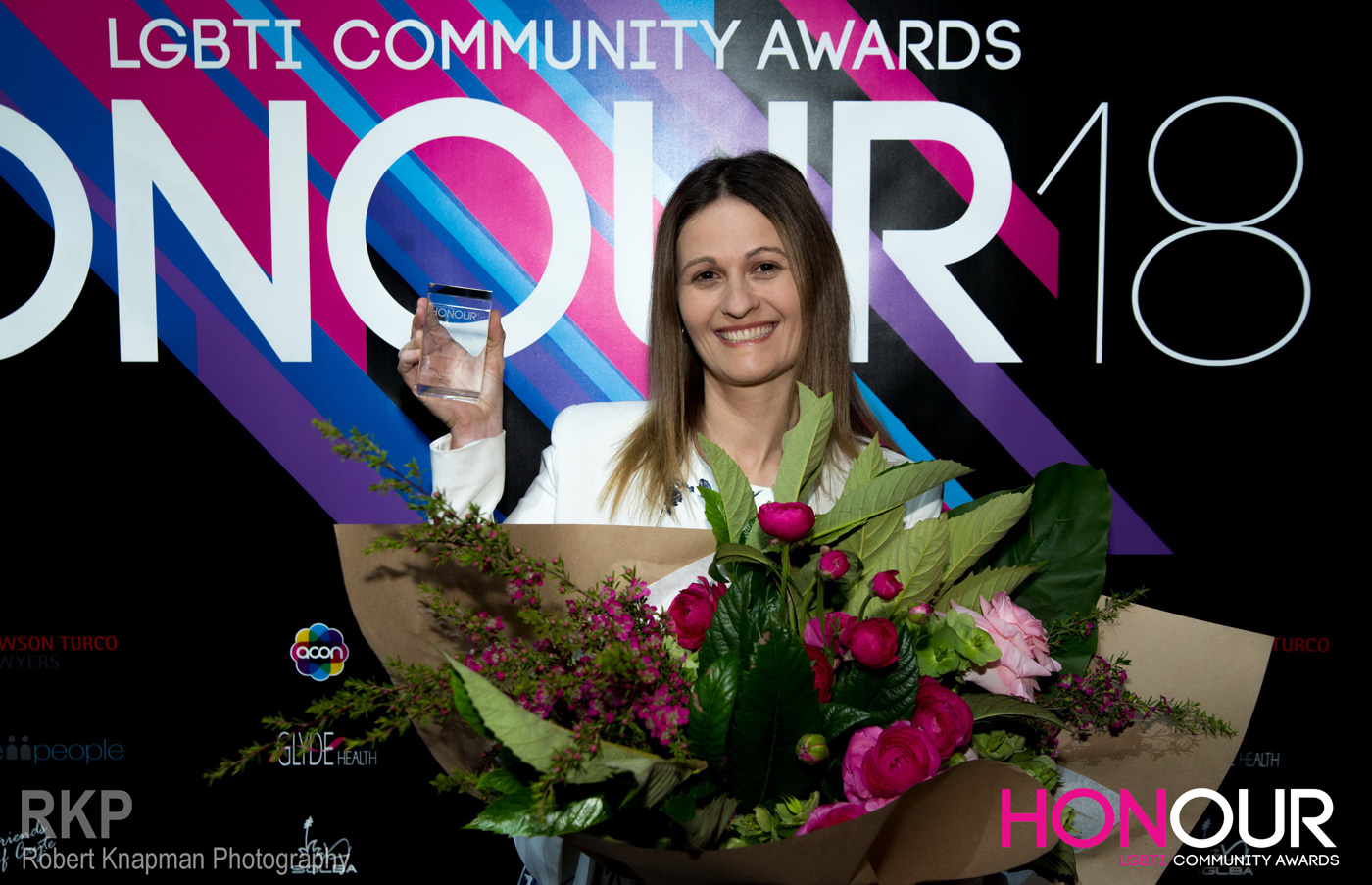 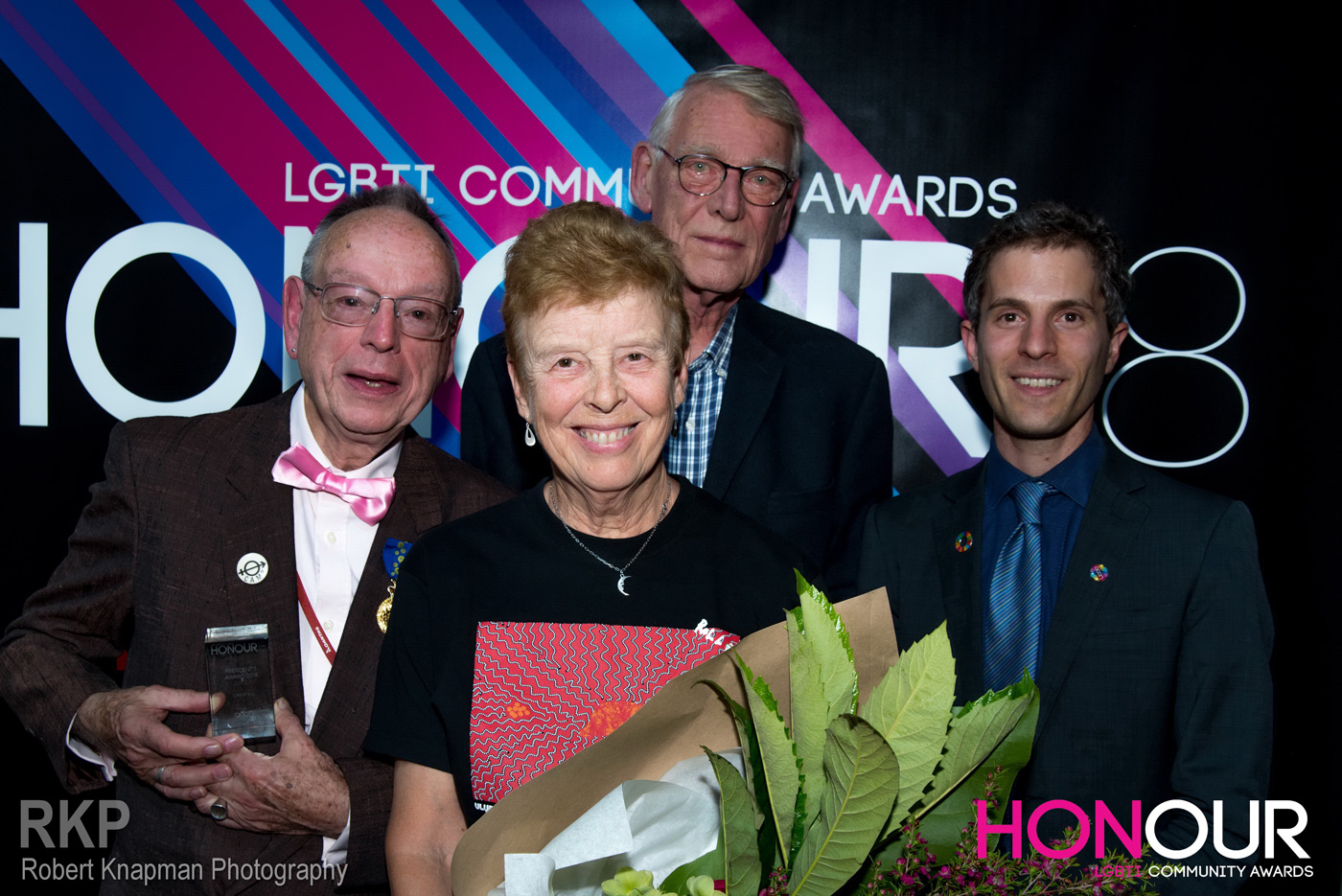 VIDEO: See all the presenters and winners at Honour Awards 2018